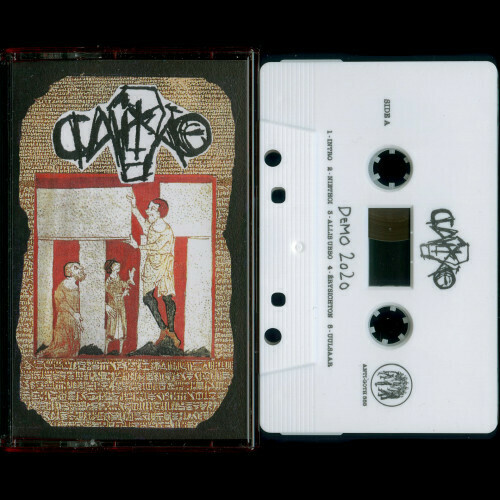 ANTI-GOTH 555 "Caixão is a one man traditional black metal band from Lisbon, Portugal. It follows the steps of the craft created by others that created the genre before in what could be loosely called occult/black metal. Its style can float around a few axes or regional scenes’ influences. It could be the mystical sound of 90s greek/italian/portuguese bands or south american, the finnish or the eastern european. Inspiration comes directly from many sources, some well known and others not. Master’s Hammer, Barathrum, Beherit, Tormentor, Necromantia, Varathron, Sigh, Mystifier, Sarcofago, Zemial could be the most direct of obvious influences. 80s bands are also a big part of it: Celtic Frost, Bathory, Desexult, Mayhem, Messiah, Obscurity, Treblinka. Caixão assumes itself has a southern band paying tribute to the unwritten or forgotten history of mediterranean and atlantic cultures."