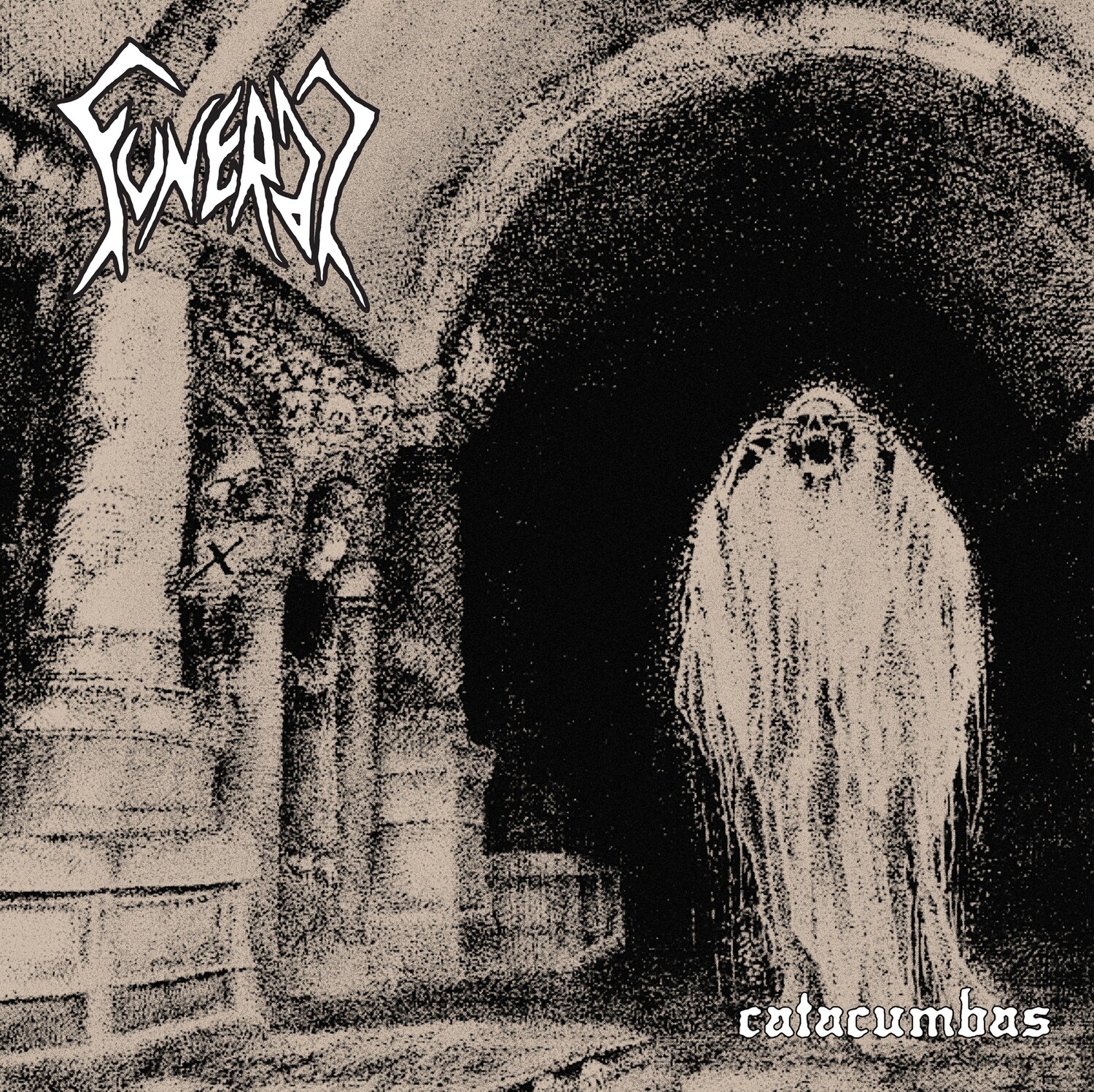 BLACK EXTREME METAL FROM THE COLD & DARK CATACOMBS OF CHILE!

2021 Full-album from Chile's FUNERAL, released for the first time on 12" vinyl LP Housed in poly-lined-anti-static sleeves with 2 sided insert (hand wrought lyrics and credits ) in a full color printed jacket.

With a firm planted stance in the old ground, & a DIY-or-Die ethos, FUNERAL releases an absolutely uncompromising & poisonous tome of pure Nekro-Sound. A timeless unsound wrested from the original nexus of the South-American - European transnational tape trade , and revived with a fresh breathe of Death by the weaponry of NOCTUMBRO BESTIAL , APOPHIS , & BAALTSEBAL . FUNERAL's violent vocals & overall murderous approach are reminiscent of early MAYHEM , invoking DEAD in voice & spirit , while remaining distinctly South-American in sound in the realm of SARCÓFAGO with merciless multi-guitar composition and late era thrash motiffs. The drums are filthy, chaotic & abrasive, which compliment the nihilistic plunge into self destruction in the world of pain & poison that is "Catacumbas"

Mastered by VK in N.Z.

SELF DESTRUCTION IS THE ONLY WAY!