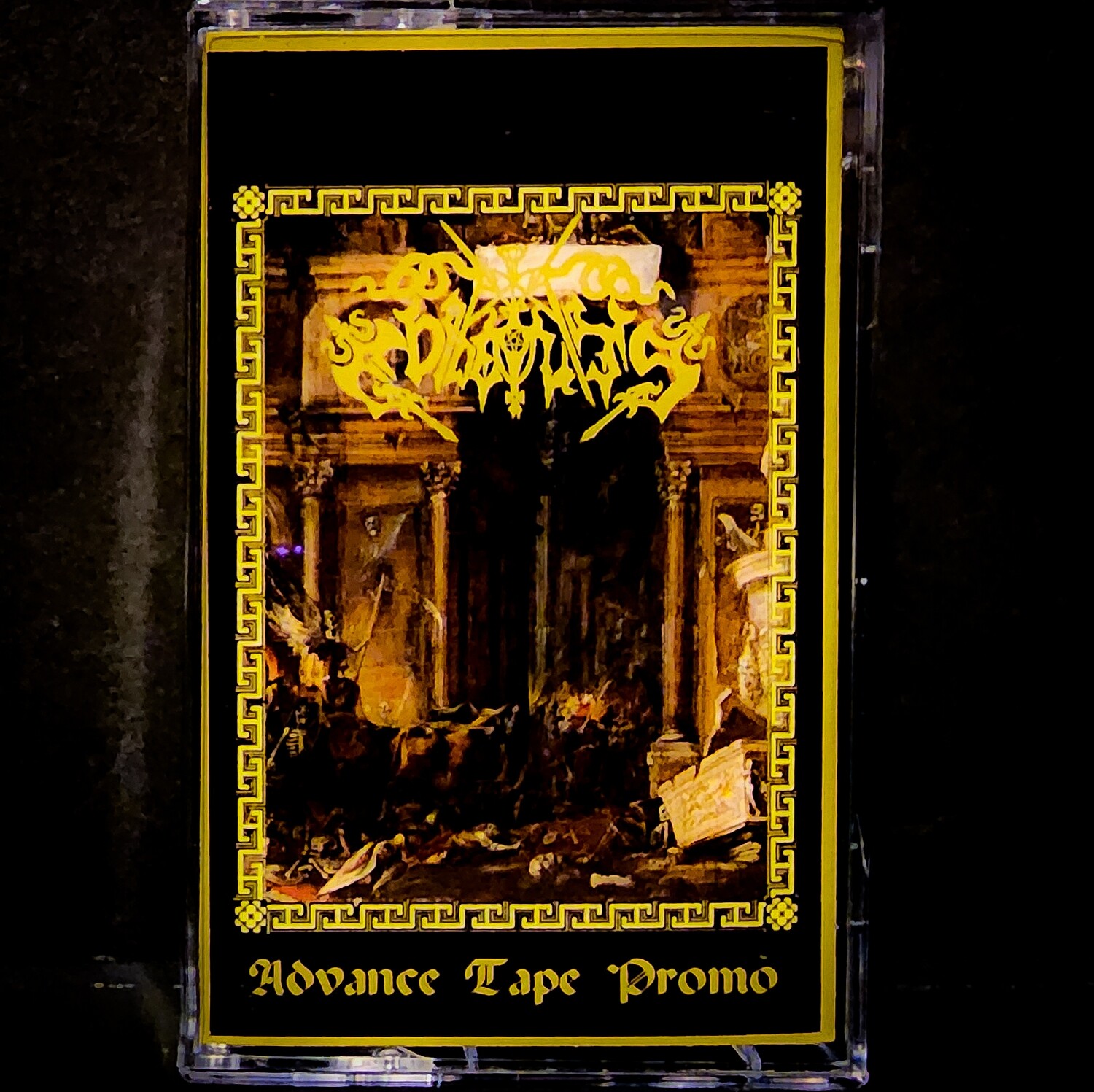 [ Description by Neheroth ] Ritual daggers gleaming in flicker of lantern light, as daemonic ichor seeps from wounded chamber walls of spectral malice, rises that edifice of unholy ire and wrath, known only by grim herald of Obsequies. Born by the foul hands of four members in the vast lands of the United States, Obsequies has been summoning incantations since the age of 20220 into the ephemeral world, birthing great fulminations of orthodox raw black metal infused with enigmatic melodics and eerie synth. Thus it was that this entity of torment aligned itself in foulest conspiracy with the iron shadow of GoatowaRex arcane spiritual misery bringing the second of this entity's incantations to temple acolytes upon cruelty of cassette tape.

Advance Promo 2021 takes the stark opening salvo of Demo 2020 and turns the eternal darkness powering its organ pipe of the damned up tenfold. It features an improved production, one that keeps all of the tomb dissonance of the first, whilst allowing for greater clarity in instrumentation. A bombastic ritual barrage of empowering tremolo melodics, bestial vocal rasp, minimilistic synth expression, mighty guitar leads, and truly infectious carnal compostion that will have acolytes of the rawest black metal hungry for more. Those seeking flavours both aligned with the classic Polish black metal sound, with a USBM twist, need scry their sacrificial intestines no longer, for Obsequies bring both votive offerings to the stone table altar.

Available soon upon terror of cassette tape. Slumber in thy qlippothic dominion as the primaeval dawn rises again.