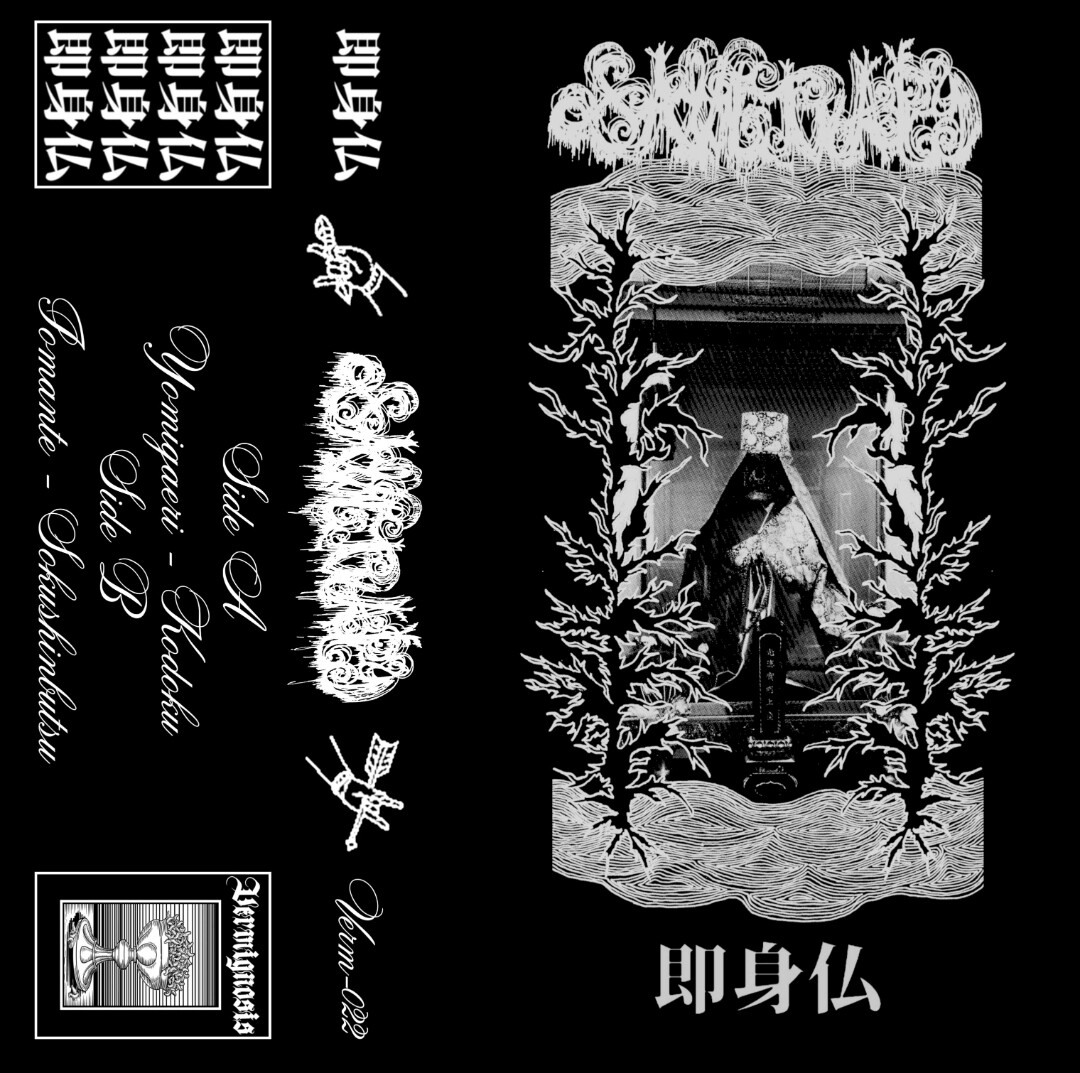 SOKUSHINBUTSU, the latest release of the one-man Black Metal entity known by some as SANCTUARY. Recorded during Summer 2021, now finally released in the physical form as the first Vermignosis temple-made CASSETTE, on Yellow-translucent shells , 2-sided J-cards in clear Norelco boxes. Limited edition of 44 copies.

Hailing from PA, USA, Sanctuary first appeared with a series of demos, released around a decade or so past in relative secrecy, each expanding into its own element, a trait that would continue in the subsequent works, which would appear from the relative abyss to release two full albums, CANDID LUNA (2021) and THE GLOWERING GRIMOIRE (2022).

Now, here at the end hours of the last land's to set the sun of this year of malice, Vermignosis presents the new nearly 30-minute EP title SOKUSHINBUTSU, occupying the becoming of Death, and the supreme ascetic practice of live mummification unto one's own petrification. Reaching into the folds of unconsciousness, transmogrifying the bounds of unbeing, Sanctuary employs the ambience of rebirth though keyed and horned instruments , yielding ultimately to the blear of drums and cold steel stripping the fields of their once temporary splendor, into distraught chasms of enlightened woe.

Stream at the artist Bandcamp

Save this product for later
Display prices in: USD
bottom of page